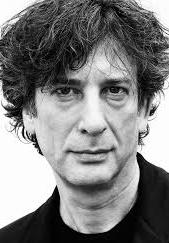 Neil Richard MacKinnon Gaiman (/ˈɡeɪmən/; born Neil Richard Gaiman, 10 November 1960) is an English author of short fiction, novels, comic books, graphic novels, audio theatre, and films. His notable works include the comic book series The Sandman and novels Stardust, American Gods, Coraline, and The Graveyard Book. He has won numerous awards, including the Hugo, Nebula, and Bram Stoker awards, as well as the Newbery and Carnegie medals. He is the first author to win both the Newbery and the Carnegie medals for the same work, The Graveyard Book (2008). In 2013, The Ocean at the End of the Lane was voted Book of the Year in the British National Book Awards. After forming a friendship with comic-book writer Alan Moore, Gaiman started writing comic-books, picking up Miracleman after Moore finished his run on the series. Gaiman and artist Mark Buckingham collaborated on several issues of the series before its publisher, Eclipse Comics, collapsed, leaving the series unfinished. His first published comic strips were four short Future Shocks for 2000 AD in 1986–87. He wrote three graphic novels with his favourite collaborator and long-time friend Dave McKean: Violent Cases, Signal to Noise, and The Tragical Comedy or Comical Tragedy of Mr. Punch. Impressed with his work, DC Comics hired him in February 1987, and he wrote the limited series Black Orchid. Karen Berger, who later became head of DC Comics's Vertigo, read Black Orchid and offered Gaiman a job: to re-write an old character, The Sandman, but to put his own spin on him.