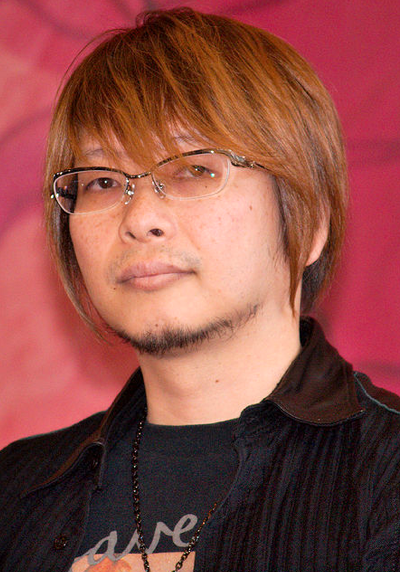 Ito Ōgure (born February 22, 1972), known professionally as Oh! great, is a Japanese manga artist best known for his manga series Tenjho Tenge (1997–2010) and Air Gear (2002–2012). In 2006, Air Gear earned him the Kodansha Manga Award in the shōnen category. Oh! great's favorite manga as a child included Fist of the North Star and Ring ni Kakero. While working as a salaryman, Oh! great acquired debt playing pachinko and entered a manga contest for the award money. He made his debut in Byakuya-Shobo's adult magazine Manga Hot Milk in 1995 with a manga called September Kiss. His pen name "Oh! great" is a play on words. His real name, written in Japanese order (family name before given name), is "Ōgure Ito", which is pronounced similarly to and can be romanized the same as the Japanese rendering of the English words "Oh great", ōgurēto [oːɡɯɾeːto]. Oh! great also created the pornographic series Silky Whip, which was his first work published outside Japan by Eros Comix. Since 2018, he has been creating a manga adaptation of Nisio Isin's Bakemonogatari series of novels. Outside of manga, Oh! great designed some of the alternate character outfits in the PlayStation 2 version of Tekken 5, and a guest character in Soul Calibur IV named Ashlotte.