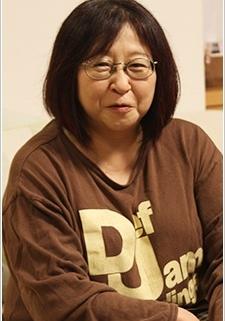 Takahashi's professional career began in 1978. Her first published story was Those Selfish Aliens, a comedic science fiction story. During the same year, she published Time Warp Trouble, Shake Your Buddha, and the Golden Gods of Poverty in Shounen Sunday, which would remain the home to most of her major works for the next twenty years. Later that year, Rumiko attempted her first full-length series, Urusei Yatsura. Though it had a rocky start due to publishing difficulties, Urusei Yatsura would become one of the most beloved anime and manga comedies in Japan. In 1980, Rumiko Takahashi found her niche and began to publish with regularity. At this time she started her second major series, Maison Ikkoku, in Big Comic Spirits. Written for an older audience, Maison Ikkoku is often considered to be one of the all-time best romance manga. Takahashi managed to work on Maison Ikkoku on and off simultaneously with Urusei Yatsura. She concluded both series in 1987, with Urusei Yatsura ending at 34 volumes, and Maison Ikkoku being 15. During the 1980s, Takahashi became a prolific writer of short story manga, which is surprising considering the massive lengths of most of her works. Her stories The Laughing Target, Maris the Chojo, and Fire Tripper all were adapted into original video animations (OVAs). In 1984, after the end of Urusei Yatsura and Maison Ikkoku, Takahashi took a different approach to storytelling and began the dark, macabre Mermaid Saga. This series of short segments was published sporadically until 1994, with the final story being Mermaid's Mask. Many fans contend that this work remains unfinished by Takahashi, since the final story does not end on a conclusive note. Another short work left untouched is One-Pound Gospel, which, like Mermaid Saga, was published erratically. The last story to be drawn was published in 2001, however just recently she wrote one final chapter concluding the series Later in 1987, Takahashi began her third major series, Ranma ½. Following the late 80s and early 90s trend of shounen martial arts manga, Ranma ½ features a gender-bending twist. The series continued for nearly a decade until 1996, when it ended at 38 volumes. Ranma ½ is one of Rumiko Takahashi's most popular series with the Western world. During the later half of the 1990s, Rumiko Takahashi continued with short stories and her installments of Mermaid Saga and One-Pound Gospel until beginning her fourth major work, InuYasha. While Ranma ½, Urusei Yatsura, and Maison Ikkoku all were heavily seated in the romantic comedy genre, InuYasha was more akin to her dark Mermaid Saga. The series became her most eclectic work, featuring action, romance, horror, fantasy, (folklore-based) historical fiction, and comedy.