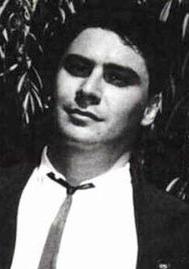 Born in Rome, Tamburini started writing in 1974. His first comics character, Fuzzy Rat, was published in an independent Rome-based magazine called Combinazioni. From 1975 to 1977 he worked for Stampa Alternativa, designing books and leaflets. He also founded the magazines Combinazioni (1974), Cannibale (1977) and Frigidaire (1980) Tamburini is primarily known as co-creator of the comic book character RanXerox, with Tanino Liberatore. The graphic novel of the same name embodied the spirit of the 1980s. Along with Andrea Pazienza, he is considered one of the most brilliant Italian comics authors from his generation. In 1983 he married the art gallerist Emi Fontana. He died in Rome in 1986 of a heroin overdose.