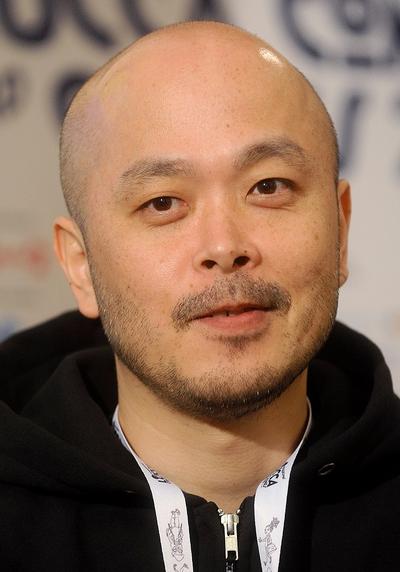 Tsutomu Nihei (弐瓶 勉, Nihei Tsutomu, born February 26, 1971) is a Japanese manga artist. Nihei has been drawing comics professionally since the mid-1990s. In 1995 he was awarded the Jiro Taniguchi Special Prize in that year's Afternoon Four Seasons Award for his submission, Blame. After working as an assistant to veteran comic artist Tsutomu Takahashi, Nihei went on to launch his debut series Blame! in Monthly Afternoon in 1997. Following the success of Blame!, he next penned Wolverine: Snikt! (published by Marvel Comics) and Biomega. In 2009, Nihei returned to Afternoon to launch what would become his most successful series, Knights of Sidonia. An architectural student, Nihei's early work were mainly wordless, relying on visuals and backgrounds to tell their stories. His cyberpunk-influenced artwork has gained a strong cult following worldwide.