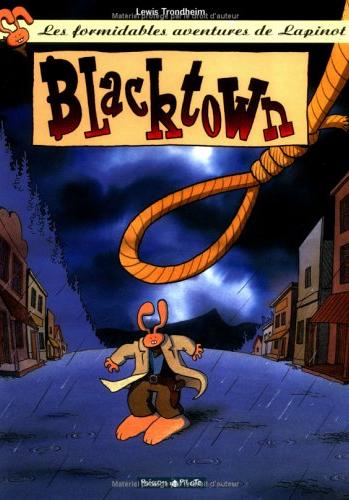 Les Formidables Aventures de Lapinot is a Franco-Belgian comic series by the popular French cartoonist Lewis Trondheim. It debuted in 1992. The series mixes satire and fantasy. The main characters are all animals: for instance McConey (Lapinot) is a shy and easygoing rabbit, while Richard is an engaging cat with a loud mouth and a knack for getting into trouble. The stories alternate between modern France and stock historical settings. The recurring characters in the series can be thought of as actors who don't always play the same people, but always play the same type of roles. The series is generally unpredictable: each book is different in terms of pace, plot, theme, etc.