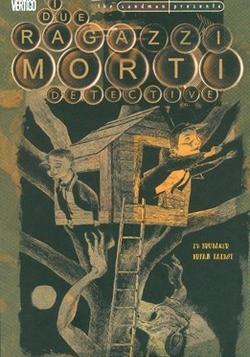 Initially The Dreaming, the first ongoing spin-off of The Sandman, served as anthology series telling mostly unconnected tales of various Sandman-related characters. When it was decided that The Dreaming would be retooled into a more focused series with an ongoing storyline, it was decided that another outlet would be created to continue to tell anthology style stories. Therefore, between 1999 and 2004, a meta-series of mini-series and one-shots were published under the banner of "The Sandman Presents", telling tales of various supporting characters related to The Sandman franchise.