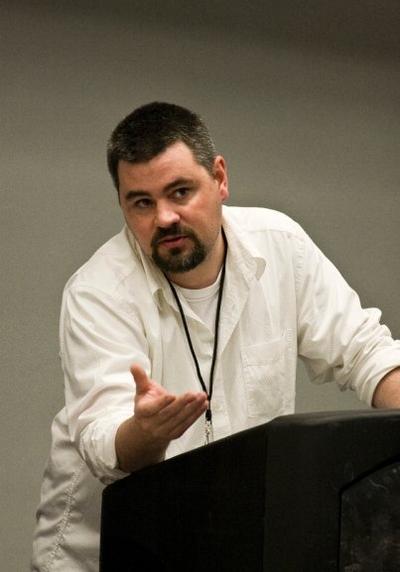 Jonathan Hickman (born September 3, 1972) is an American comic book writer and artist, best known for his creator-owned series The Nightly News, The Manhattan Projects and East of West, as well as his lengthy stints as a writer on Marvel's Fantastic Four, The Avengers and The New Avengers. Hickman's other notable work at Marvel includes the S.H.I.E.L.D. limited series, the creation of the Fantastic Four spin-off title FF, as well as two crossover limited series, Infinity and Secret Wars, both of which acted as centerpieces for the eponymous company-wide crossover storylines. Between 2019 and 2021, Hickman worked on "Dawn of X", a relaunch of various X-Men-related titles for which he provided the core storyline and concepts. He also helped to assemble and coordinate the writers room active during this period.