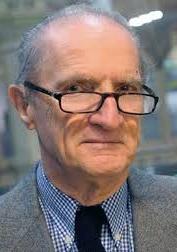 Born in Milan, Toppi made his debut in the illustration world working for the renowned Italian publisher UTET, and collaborated to several advertisement campaigns. In 1966 he finished his first comic strip for Il Corriere dei Piccoli ("The Children's Gazette"), written by Carlo Triberti. The character was the Mago Zurlì ("Zurli Wizard"). For the same title Toppi produced numerous war stories . Subsequently Toppi worked mainly for one-shot titles, with the exception of the eccentric Collezionista ("Collector") of 1984. He produced adventure/historical titles for CEPIM's Un uomo un'avventura and, for the French publisher Larrousse, some episodes of Histoire de France en bandes dessinées and La Découverte du Monde. Later he collaborated with Il Corriere dei Ragazzi ("The Boys' Gazette"), and the Messaggero dei Ragazzi, the comics title of a popular Rome's newspaper, with historically set stories. Toppi's works appeared on a host of titles in Italy and abroad: an incomplete list could include Linus, Corto Maltese, Sgt. Kirk and Il Giornalino in Italy. His strips were collected in several books. He last worked with the French publisher Mosquito, with which he made 22 books since 1994.