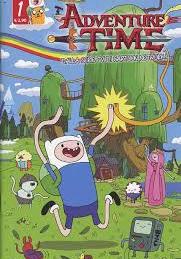 Adventure Time is an American series created by Pendleton Ward for Cartoon Network. Produced by Frederator Studios and Cartoon Network Studios, the series follows the adventures of a boy named Finn and his best friend and adoptive brother Jake a dog with the magical power to change shape and size at will. Finn and Jake live in the post-apocalyptic Land of Ooo, where they interact with Princess Bubblegum , the Ice King, Marceline the Vampire Queen , BMO , and others.The series drew inspiration from a variety of sources, including the fantasy role-playing game Dungeons & Dragons and video games.