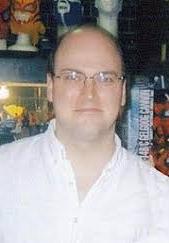 Nelson Alexander Ross (/rɑːs/; born January 22, 1970) is an American comic book writer/artist known primarily for his painted interiors, covers, and design work. He first became known with the 1994 miniseries Marvels, on which he collaborated with writer Kurt Busiek for Marvel Comics. He has since done a variety of projects for both Marvel and DC Comics, such as the 1996 miniseries Kingdom Come, which Ross co-wrote. Since then he has done covers and character designs for Busiek's series Astro City, and various projects for Dynamite Entertainment. His feature film work includes concept and narrative art for Spider-Man and Spider-Man 2, and DVD packaging art for the M. Night Shyamalan film Unbreakable. He has done covers for TV Guide, promotional artwork for the Academy Awards, posters and packaging design for video games, and his renditions of superheroes have been merchandised as action figures. Ross' style has been said to exhibit "a Norman-Rockwell-meets-George-Pérez vibe", and has been praised for its realistic, human depictions of classic comic book characters. His rendering style, his attention to detail, and the perceived tendency of his characters to be depicted staring off into the distance in cover images has been satirized in Mad magazine. Because of the time it takes Ross to produce his art, he primarily serves as a plotter and/or cover artist. Comics Buyer's Guide Senior Editor Maggie Thompson, commenting on that publication's retirement of the Favorite Painter award from their CBG Fan Awards due to Ross' domination of that category, stated in 2010, "Ross may simply be the field's Favorite Painter, period. That's despite the fact that many outstanding painters are at work in today's comic books."